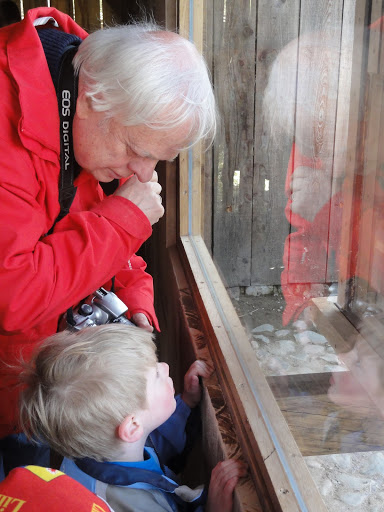 On July 24, 2021, the Montessori community lost one of its great supporters: Charlene Trochta of Austin, Texas.

Charlene, living to almost ninety, had a long career in Montessori education. She came to Montessori “perfectly equipped”: she had travelled the world and had come to appreciate all the cultures she met during the travels she undertook with US Airforce pilot husband Joe. She had a Masters in Special Education, and around 1965, Montessori came her way. She was a student of the AMI St. Louis Training Centre and obtained her 3-6 diploma in 1967.

Montessori became her second home, where she was able to serve and connect to the lives of countless children, parents, and colleagues. It was also the start of a life-long deep commitment to the work of AMI, encouraged by the precious friendship she had with both Mario Montessori and his wife, Ada.

She was adventurous and dedicated. She worked in Japan, Hawaii and the USA. Upon the retirement of her husband Joe from the air force, she founded Casa Montessori in Austin, Texas — in 1982. She often wrote to AMI about the school and celebrated the centenary of Montessori’s first Casa in Rome (1907-2007) with us, sharing fun ideas and stories.

Charlene was a founding member of North American Montessori Teachers’ Association (NAMTA) and also served on the Advisory Board of AMI for a number of years. She loved travelling to Amsterdam, always supported by her devoted husband Joe, seeing her old friends, and graciously took a genuine interest in the work of AMI’s support staff. Lynne Lawrence remembers that she embodied an optimism for life through creating a better world for children and an enjoyable family life for parents.

When AMI started the Educateurs sans Frontières initiative, she became a great promotor of this aspect of our work, believing firmly in transcending borders in education. In that vein, she also emphasized the importance of preserving the original Maria Montessori archives and supported this through her encouragement and actions. She remained keenly interested in the wellbeing of those she loved, and the future of education and all the children who were so dear to her heart.

AMI is grateful for her wonderful friendship.